The Many Uses of Terra Cotta

Terra cotta’s range of use and color opportunities extend far beyond just the reds and oranges often seen in flowerpots and planters. From jewelry and pottery, to building construction and brick work, terra cotta is a versatile, natural long-lasting material.

Below we’d like to share an interesting article on terra cotta from How Stuff Works, featuring our very own Ceramic Engineer and Design Coordinator, Alicia Cordle:

From Plant Pots to Ancient Armies, Terracotta Is Universal


When it comes to durable materials, artists, architects and homebodies may need to look no further than terracotta (sometimes referred to as “terra cotta”). If you need proof, ask the army of terracotta soldiers from northwest China that was crafted more than 2,000 years ago. Or consider the Venus of Dolni Vestonice, the oldest-known terracotta sculpture, which dates from 26,000-24,000 B.C.E.

There are plenty of other ancient examples of terracotta use because humans have long understood the benefits of baked clay, which is the basic definition of terracotta. Today, this material can be found everywhere from roofs to gardens. However, even though it’s widely used, it’s not always clearly understood.

“Terracotta refers to a low-fired, porous ceramic that has been used for millennia,” explains Sarah Barack, head of conservation and senior objects conservator at Cooper Hewitt, Smithsonian Design Museum, in an email statement. “It generally has a reddish or pink color due to the iron in the clay, which oxidizes during the firing process.”

In simple terms, clay is the substance that comes from the earth. It can be mixed with other materials to make it better to work with, and these composites are called clay bodies. There are three main types of clay bodies: earthenware, stoneware and porcelain, according to Wesley Harvey, graduate coordinator and lecturer in ceramics, Ernest G. Welch School of Art & Design, Georgia State University.

“The big difference between terracotta, porcelain and stoneware is that terracotta is never getting fired to a full vitrification,” says Harvey. Vitrification is when fired clay becomes glassy, hard and non-porous. So terracotta, when unglazed, remains porous, unlike porcelain.

Common around the world, historic examples of terracotta have been found from the Mediterranean, to sub-Saharan Africa, the pre-Columbian Americas, modern-day Pakistan and elsewhere.

(Pictured) Discovered in 1974, the famous terracotta army of Qin Shi Huang, the first Emperor of China,
was a form of funerary art buried with the emperor in 210–209 B.C.E. to protect him in the afterlife.

The possibilities of terracotta go far beyond creating a standing army.

“It’s just such a flexible product,” says Alicia Cordle, ceramic engineer and design coordinator, Ludowici Roof Tiles. “You can do so many things with it.”

“It’s really one and done for 100 years,” says Cordle. And from an energy standpoint, they are good at keeping the outside air where it belongs – instead of absorbing the heat into your home, clay roof tiles reflect heat back into the atmosphere. Color glazes expand the aesthetic possibilities and provide water resistance.

Terracotta makes an ideal solution for other areas of buildings too, like walls and floors. In fact, iconic structures like New York’s Flat Iron Building and Chicago’s Wrigley Building feature it, according to Architect Magazine.

If early examples of terracotta point to decorative purposes, the fired clay is still used to make art and aesthetic functional pieces. 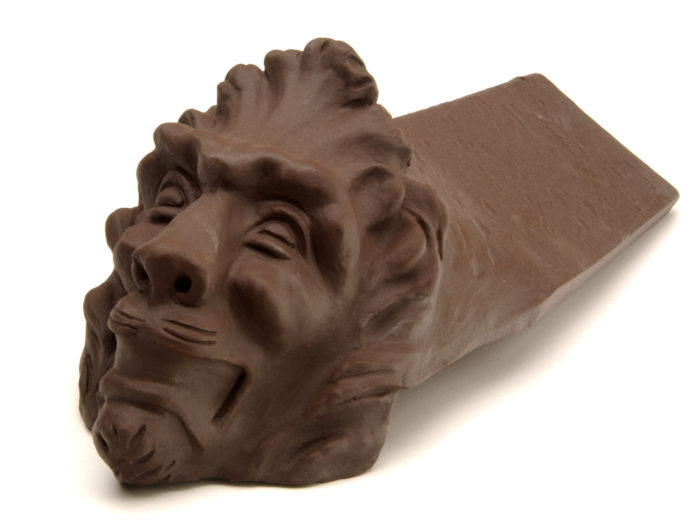 “Given the low-firing nature, the ceramic is not as brittle as higher fired wares, such as porcelain,” writes Barack. “It can be cast in a mold, hand-built or thrown on a wheel as with other clays. Expressive results can be achieved when artists work this clay with tools in a sculptural manner.”

That means you can find fine art ceramics and vessels in terracotta. Harvey makes those, and he also creates functional objects like coffee mugs, plates and bowls, which he glazes, so the clay body will not soak up water – or coffee.

“The glaze acts like a barrier between the unvitrified terracotta and the liquid,” he explains.

For many people today, terracotta calls to mind the classic terracotta plant pots. These can bring the gardener benefits other materials do not, writes Bonnie L. Grant, certified urban agriculturalist. The thick walls of a terracotta clay pot provide insulation from temperature changes. Porous terracotta pots breathe and allow excess moisture to evaporate.

“You can’t really overwater your plant because the clay body is going to soak up that water,” says Harvey. Preventing trapped water is also good for reducing the risk of diseases.

Not every plant is a fit for terracotta, cautions Grant. For those that crave consistently moist soil, terracotta may pull away moisture too quickly. Plus, after many years of soaking up moisture, the unglazed terracotta will even begin to fall apart.

If you do choose a terracotta pot, soaking it in advance is recommended. First, wash and clean the pot, then soak it in water overnight to hydrate the clay and protect the soil from drying out too quickly, according to Apartment Therapy. The idea is that if the pot is already moist, it won’t pull as much water from the soil. This step also helps prevent cracking.